Designed by the Italian Studio Vudafieri-Saverino Partners, the restaurant Spica tells the story of the chefs’ journey around the world. The concept combines Asian influences with references to the great Milanese design to create a vibrant, multicultural and colorful atmosphere.

Internationality, research and conviviality are the ingredients characterizing the new restaurant in the heart of the Milanese district of Porta Venezia. The two celebrity chefs, Indian Ritu Dalmia and Italian Viviana Varese, share a common passion for world cuisines. The restaurant’s design reflects the chefs’ partnership, embracing diversity and offering a gastronomic journey through four geographical areas (Southeast Asia, the Indian subcontinent, Europe and America).

Their journey is reflected from the kitchen to the interior design thanks to Vudafieri-Saverino Partners who bear an important experience in developing new restaurant concepts and whose studios are based in Milan and Shanghai. The architects have designed a lively and colourful restaurant, with its pleasantly surprising unusual mix of Asian elements and homage to the masters of 20th century Milanese design.

Inside the restaurant, contemporary cosmopolitan culture encounters the aesthetic influences of masters of Milanese design. In their citations of Milanese tradition, Vudafieri-Saverino Partners have combined the freedom and radical design of Ettore Sottsass, with his deep passion for India, and the elegance and rigour of the modern movement of Franco Albini. Two distinct worlds that interact harmoniously in the restaurant.

The homage to Sottsass is immediately evident in the radically free style of portals, characterized by a wallpaper with colored patterns and fluorescent geometric inserts. A choice that tells the story of the stratification of cultures and the richness of colors of the countries visited by Ritu Dalmia.

The furnishings are evidently reminiscent of the great Milan masters of the ‘50s and ‘60s, first and foremost Franco Albini, who was the inspiration for the two pieces created for the entrance and the dining room.

Another reference to the Asian world and its spirituality is the space layout, following the rules of the Vastu architectural doctrine. A discipline born in India over 5,000 years ago, according to which the construction of houses and cities should take into account the laws and influences of nature. Spica rooms face onto the cardinal points recommended by Vastu, so as to create spaces able to radiate well-being and harmony. 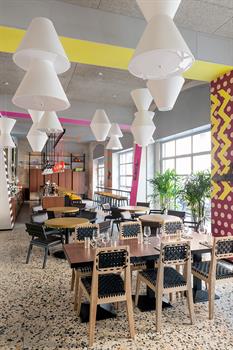 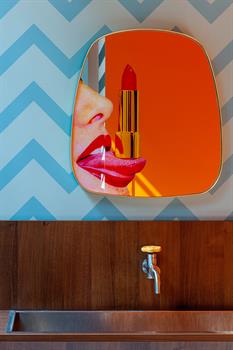 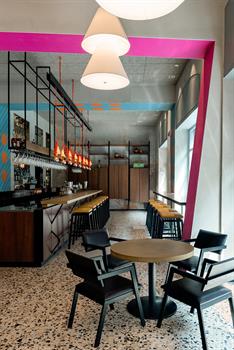 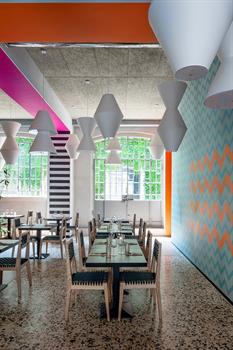 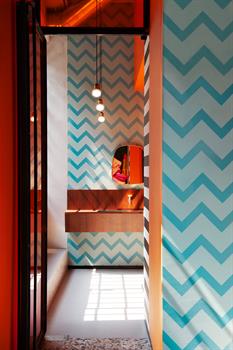 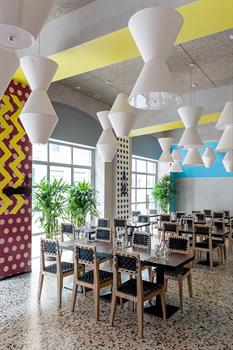 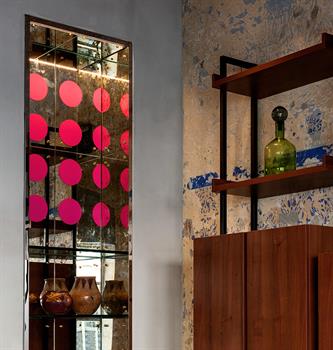 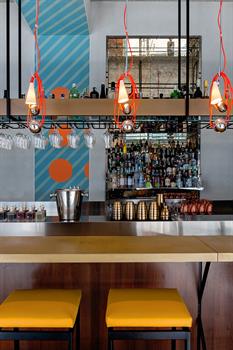 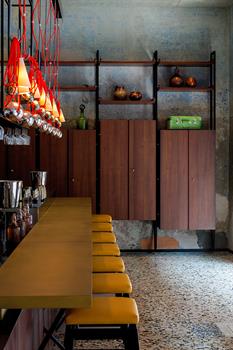 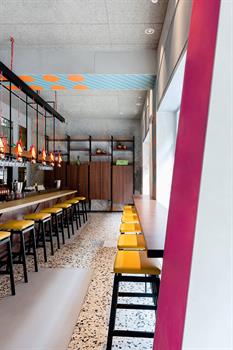 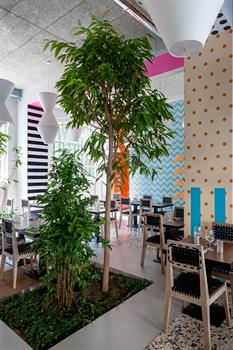 Vudafieri-Saverino Partners have always treasured the pre-existing. Located in an industrial building, Spica retains evident signs of the past, such as the seeded floor and a wall brought back to its natural appearance. The impressive 8-metre-long bar at the entrance, is inspired by the Milanese ones of the 1960s, with a long suspended bottle rack for the cocktail station.

The adjacent lounge area consists of four round tables designed by the architects. The armchairs, created by an Indian company, are a tribute to Franco Albini, recalling the forms of his famous Luisa chair. The big lamps in the dining room evoke the shapes of typical Indian agricultural implements, while  wooden floor and plants on gravel create a charming corner, giving the feeling of being in a garden.

The bathroom is also distinguished by its fresh and colourful atmosphere, with the long wash basin with single sink and the iconic Seletti mirrors.

The grass is greener on the Utrecht side

Want to submit your project to World Architecture News?